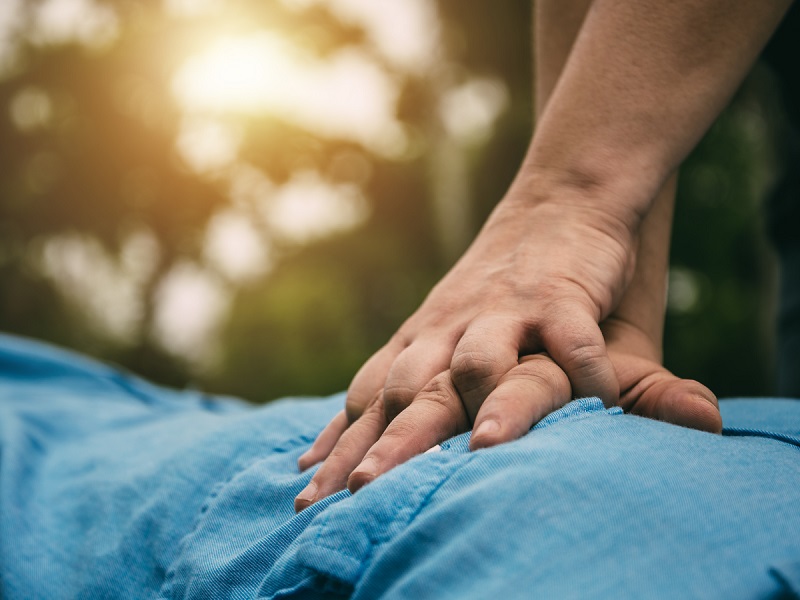 Recently,we were faced with a sudden unexpected medical crisis at Tramontozzi Law Offices; a situation in which The Good Samaritan Law would be applicable. Through the combined efforts of civilian use of CPR on site with EMT Voice support and a swift response by medical professionals at Melrose Fire & Rescue, Melrose Wakefield Hospital and Massachusetts General Hospital, our client is recuperating today .

Once determining that all was well with our client -Many have asked, as follow up, “What could’ve been the legal repercussions for you for rendering aid”

In short, Massachusetts has adopted several Good Samaritan laws, including G.L. c. 112, section 12V which states that any “person who, in good faith, attempts to render emergency care . . . and does so without compensation, shall not be liable for acts or omissions, other than gross negligence or willful or wanton misconduct, resulting from the attempt to render such emergency care.”

This statute won’t protect someone from being sued, but the likelihood of a successful suit is greatly reduced. The standards of misconduct and negligence are considerably higher and should afford some security from liability for well-intended acts of kindness.
This principle generally prevents negligence suits from being filed against an individual who makes a good faith effort to administer aid in a crisis.
But, in Massachusetts particularly, your responsibilities and protections as a civilian\bystanders are greater than those in most other states.

The Good Samaritan and Responding to a possible Overdose

If you believe you are witnessing a person suffering from a drug overdose call 911. Massachusetts offers unique protection. Massachusetts General Laws provides Immunity from prosecution “for persons seeking medical assistance for self or others experiencing drug-related overdose.” This protects the caller for emergency assistance and the overdose victim from arrest and/or prosecution for simple drug possession, possession of paraphernalia, and/or being under the influence. It does not protect people from arrest for other offenses, such as selling or trafficking drugs, or from existing warrants.

Massachusetts: Duty to Aid/Rescue vs Duty to Report

There was some confusion regarding duty to Aid versus Duty to Report. Duty to Report is specific to those who witness a crime. Duty Aid relates to both crimes and medical emergencies.

Duty to Report In Massachusetts

As a bystander, there is no law requiring you to intervene or render assistance in an on going crime. Chapter 268, section 40 ( https://blog.mass.gov/masslawlib/misc/good-samaritan-laws/) in fact, creates a duty to report, but not a duty to aid.
”Whoever knows that another person is a victim of aggravated rape, rape, murder, manslaughter or armed robbery and is at the scene of said crime shall, to the extent that said person can do so without danger or peril to himself or others, report said crime to an appropriate law enforcement official as soon as reasonably practicable

Duty of Rescue/Aid Laws: Who does this apply to?

In Massachusetts, distinctly (With 10 other states in the United States) there are specific laws applicable to certain scenarios which may impose a duty upon you to aid someone in danger. This is when a “ Special Relationship” exists between you and the person, or you have a professional obligation or skill.

Those situations are generally as follows:
A special relationship that exists between you and the person in danger, such as between :

parents and children, spouses,
a teacher and a student
invited guests on private property,
employers and their employees (while on the job), and
emergency workers (within the scope of their professions).

You are also required to assist to the extent of your abilities, if you caused the dangerous circumstances affecting someone. ( One reason why crimes like hit-and-run Aside from the obvious moral and ethical implications are prosecuted so aggressively)

Finally, if you begin a rescue and then stop, the court may find that you may have had a duty to continue if a reasonable person would have done so under the circumstances.

With the increase of obligation to act in these crisis’s, also comes additional legal protection. Massachusetts has specific statutes which provide immunity from liability to emergency responders and personnel , school officials, physicians providing advice, physicians providing emergency care themselves, for emergency care provided to minors without parental consent, and veterinarians. However these entities may also be held to a higher standard when CPR efforts lead to injuries.

When you are faced with a moment of crisis, your responses are often instinctual. Having already gleaned a sense of how you are protected by Massachusetts law when acting in good faith you should have some assurance. While the law does not provide blanket protection, in most cases when acting reasonably with good intent, you are well protected by the law.
These laws remind and reinforce our understanding that the laws that govern our society are aimed with the intent for the better good.

For more information about the Good Samaritan Laws, or other legal matters, please contact John Tramontozzi at Tramontozzi Law Offices 781-665-0099 or his associate Neil Anderson. 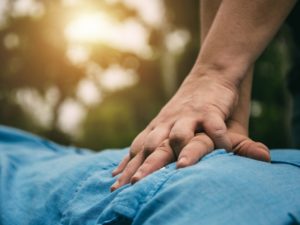 Bystanders stepping in to administer CPR